Today was the most interesting day in Belgium so far.

We got on an early train to Brussels, Belgium’s capital, and headed straight for the Grand Place, where we arrived at our first destination, the Museum of the City of Brussels, to view their exhibit called “14-18 Brussels in German time,” which focused on Germany’s occupation of Belgium in WWI. 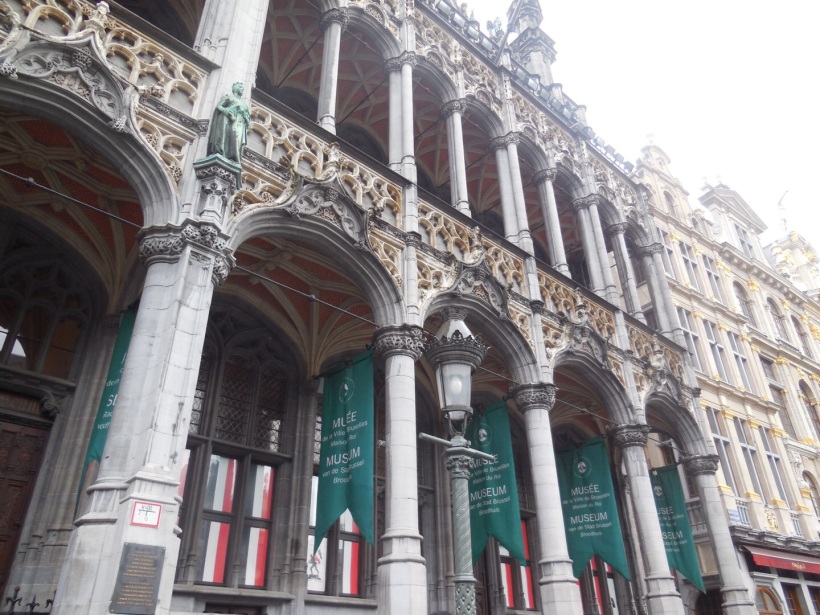 Belgians dealt with the terrible situation they were given through comics, several of which were displayed at the museum.

Our tour guide, Sarah, was very knowledgeable and absolutely fantastic. She made the tour engaging and incredibly interesting, leading us through what the Belgians went through during this time period.

Following our tour of the museum, we strolled through some of the more well-known parts of Brussels, spotting the famous Mannekin Pis.

We then met with some students from the university and meeting with a few professors for lectures on the Belgian media landscape and the U.S. presence in Belgian media. It’s not hard to see how U.S. media can penetrate Belgian media and other medias around the world.

Then we went to the Bozar, a fine arts museum, to view their portrait gallery called “Faces Then, Faces Now,” which compared portrait paintings from the Renaissance era to photograph portraits now.

I didn’t expect to like it so much since I’m not usually one for art museums, but our tour guide made it very interesting as well as interactive. She got us all thinking and even working to make our own portraits of our fellow travellers, focusing on aspects such as environment, identity, and power.

After a full day, we headed back on the train, only to find out when we arrived that a thousand-pound WWII bomb had been discovered and neutralized near the Leuven train station – the one just feet away from our hotel – while we were gone! It delayed our train back but I am so glad we were not affected and no one was hurt.

All in all, it was an educational day, one that started with learning about WWI and ended with realizing that things from WWII can still affect us today! Only in Europe!