Today was certainly a day filled with British history, monarchy, and lots and lots to look at. The history was almost hard to believe, and being surrounded by things that were so old and full of stories was incredibly cool.

We started at the Tower of London and had an entertaining little tour from a yeoman guard. We wandered around the tower for a few hours, viewing different parts and exhibits and taking a look at the Crown Jewels, which reminded me of that great scene in BBC Sherlock where Moriarty steals the Crown Jewels. 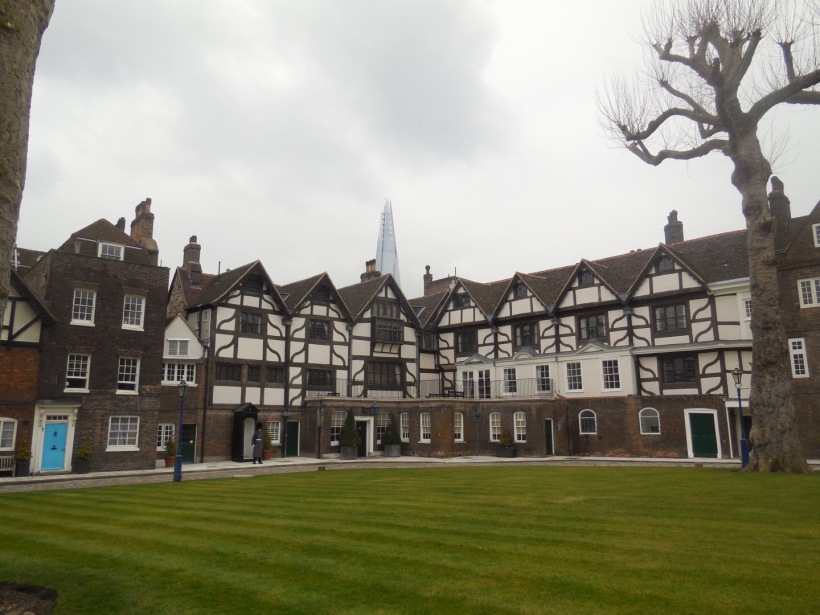 After the Tower of London, we shot over in the tube to Westminster Abbey, but before that we got our first glimpse at Big Ben, which is much more massive than I would’ve thought from pictures.

Westminster Abbey was a complete sensory overload but fascinating to see where people like royal monarchs, then others like Geoffrey Chaucer, were laid to rest.

On our way out, we saw a man painting and struck up a conversation. He gave us some cute little prints of his work, which he signed. It was a nice little moment of a nice meeting with a stranger. 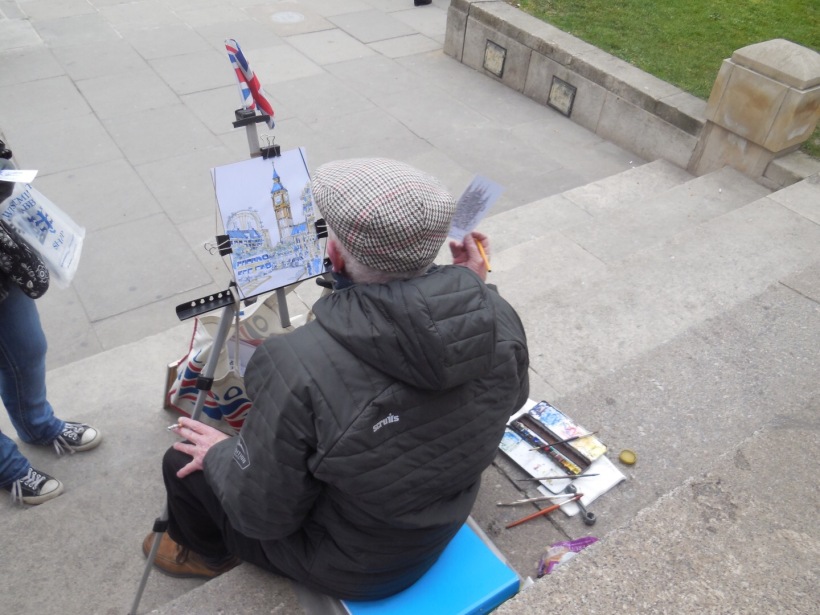 Then we went on a roundabout journey to find Buckingham Palace, which was not far, but we happened upon the Royal Horse Guards Parade, a daily occurrence of the guards being inspected that was quite a sight to see of pageantry and yelling.

Finally, we made it to Buckingham Palace, and by that time my new London pal Michelle and I were well versed in our British accents, likely annoying our fellow travelers but having a lot of fun.

It’s surreal to see places where so much history has occurred, where so much has gone on before you. And then you turn and see a city that is booming, busy, and modern.

Overall, it was a great day spent with friends, exploring and adventuring on our own and getting more acquainted to this great city.